Body is not made of Marble 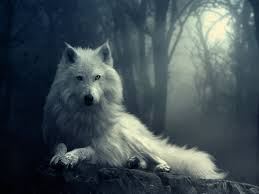 “The idea in our culture of body solely as sculpture is Wrong. Body is not marble. That is not its purpose. It’s purpose is to protect, contain, support, and fire the spirit and soul within it, to be a repository for memory, to fill us with feeling – that is the supreme psychic nourishment. It is to lift us and propel us, to fill us with the feeling to prove that we exist, that we are here, to give us grounding, heft, weight. It is wrong to think of it as a place we leave in order to soar to the spirit. The body is the launcher of those experiences. Without body there would be no sensations of crossing thresholds, there would be no sense of lifting, no sense of height, weightlessness. All that comes from the body. The body is the rocket launcher. In its nose capsule, the soul looks out the window into the mysterious starry night and is dazzled.”

– Dr. Clarissa Pinkola Estes  Women Who Run with the Wolves

March 12th: Mercury enters Pisces at 8:51 pm PDT. The collective communications of the global village turn toward the intuitive dimensions as Mercury reenters the mystical sign of Pisces where it joins Neptune, Chiron, and the Sun for some spiritual solace two days after transiting Mars in Aries triggered changes and eruptions between transiting Uranus in Aries square Pluto in Capricorn.

March 14th: Saturn turns retrograde in Sagittarius at 8:02 am PDT. Transiting Saturn pauses in the sign of Sagittarius at 4 deg 55 min and reverses direction after 7 months of forward motion. Saturn will retrace its steps from March 14th through August 1st 2015 when it will turn direct in Scorpio at 28 deg 16 min.

March 16th: Uranus in Aries & Pluto in Capricorn final exact square aspect.  The two Cardinal Titans Uranus and Pluto complete their 7th and final global initiation agreement that began in June 2012 and completes this month.  Uranus will now take the lead ahead of Pluto going forward, although their respective retrograde cycles will reunite them in another square aspect within 2 degrees of each other from December 2015 through the winter season of 2016.

March 17th: Venus enters Taurus at 3:14 am PDT. Lady Venus returns to terra firma placing her feet back on Earth after distancing herself from a bittersweet Valentine’s fling with Mars in Aries. Just as a single spark can ignite a forest fire, so too can wings of wax tempt human folly when flying too close to the garish Sun.

March 20th:  New Moon/ Solar Eclipse in Pisces at 2:36 am PDT & Vernal Equinox at 3:45 pm PDT. Today’s Solar Eclipse in the final degree of Pisces takes center stage in the morning and then leaves the stage placing the afternoon spotlight on the Sun’s arrival in Aries ushering in the spring season.

March 30th: Mercury enters Aries at 6:43 pm PDT.   Fleet-footed Mercury catches up with the spring team of the Sun, Mars & Uranus in the sign of Aries just in time for spring training.

March 31st: Mars enters Taurus at 9:26 am PDT. The warrior planet leaves Aries to pursue Lady Venus in Taurus only to find himself distracted by the allure of a more harmonious feminine aspect with today’s Moon in Virgo.

Grateful to Lee for this monthly forecast!

Check out his compatibility reports if you are curious about your relationships!