It’s has been awhile since I blogged here and I want to catch you up. In December I decided to have my thyroid removed. Most of you know that holistic medicine is important to me and I talk about this in my book 12 Weeks to Self-Healing: Transforming Pain through Energy Medicine.

After finding I had a lump in my throat attached to my thyroid, rather than taking the doctor’s suggestion to have surgery I chose having ultrasounds every six months while I worked on self-healing. At first the growth stayed the same, but then another lump began to grow on the other side. The physical risk was that it would grow and wrap around my esophagus. I decided to have my thyroid removed. There was an emotional attachment to keeping all my organs, but this turned out to be a great decision.

My energy is much better and I can shift my weight now by diet and exercise, whereas before it was difficult to affect a change. It took some time to recover and much has happened since then which I’ll share in future blogs.

Today I want to share with you a video I listened to this morning as I walked Domingo along the Spokane river. This is Esther Hicks channeling Abraham. The topic is Weight Loss and Vibrational Pre-Paving which is “Thinking about a positive outcome from the action you’re about to take part in.”  Enjoy!

Wishing you health and abundance in 2015!

My gift to you is the 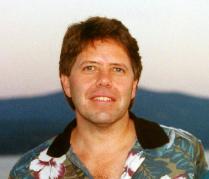 January 3rd: Venus enters Aquarius at 6:48 am PST.  Venus partners with Mars in the fixed air Aquarius sign of friends, colleagues, and associates gracing the arrival of 2015.

January 4th: Mercury enters Aquarius at 5:08 pm PST.  The messenger planet joins Venus and Mars in the spirit of Aquarian fellowship contributing to an expansive sense of compassion and goodwill in the midst of a transformational Full Moon in today’s “Cardinal Cross” aspect.

January 4th: Full Moon in Cancer/Capricorn at 14 deg 31 min at 8:53 pm PST.  The first Full Moon of 2015 activates a brief “Cardinal Cross” aspect with Uranus in Aries, Pluto in Capricorn, and the Moon’s Nodes in Libra/Aries. This aspect represents an initiatory echo from last April’s “Cardinal Cross” alignment that coincided with completions and new beginnings both collectively and personally during the Spring Season of 2014. By February 2015 the powerful transits of the past year will begin to fade.

January 12th: Mars enters Pisces at 2:21 am PST. The planet of action arrives in the mystical waters of Pisces reminding us to test the waters in making choices following any New Year resolutions we promised ourselves. Transiting Mars will enter its native sign of Aries on February 19th beginning a 40-day period for taking action after testing the waters of our resolutions. 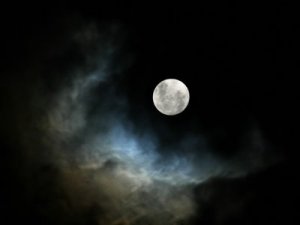 January 21st:  Mercury stations retrograde in Aquarius at 7:54 am PST.  The first Mercury retrograde of 2015 is in the sign of Aquarius insisting that we consider the bigger picture of how we as individuals fit into the collective community of the global village. Mercury will station direct at 1 degree in Aquarius on February 11th.

January 27th:  Venus enters Pisces. Lady Venus completes Her New Year visit in Aquarius to serve as a muse with Mars, Chiron, and Neptune in Pisces through February 19th.

“The human soul can always use a new tradition. Sometimes we require them.”

Pat Conroy, The Lords of Discipline

My experience in Sisters, Oregon and The Healer’s Gathering has been transformational. Those on the path to growth, healing and transformation often understand that it is our response (reaction) to our environment that fosters the growth. For me, I watch for the resistance.

My first experience of this resistance was at the opening ceremony here which was performed by “Tat” Erik Gonzalez, Shaman and creator of Earth People’s United. For some reason I felt a sense of irritation and was uncomfortable. It took me a day later to understand what was happening. 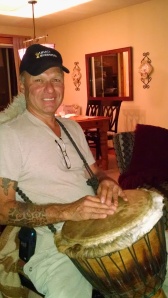 In my early 20’s I was married to a Native American spiritual leader, Peter Campbell. My young children (from a previous marriage) grew up going to Pow Wows. Later, after Peter and I dissolved our legal marriage, I lead Sacred Ceremonies and a Medicine Wheel retreat. I went on to work as a mental health counselor with local Native children at the Healing Lodge of the Seven Nations.

I felt so alone at the Opening Ceremony because what was happening in the here and now (Ceremony) was my experience 30 years ago. I felt out of sync. What was new for many was the past for me. More recently I have been working with a group of Ascended Masters called the Lords of Karma. The work I do is often remote where I connect with the Lords and with people all over the world and do healing work. I become a conduit if you will, or a prayerful presence. It is all vibration and has a different feel about it than the powerful vibration of the drum. 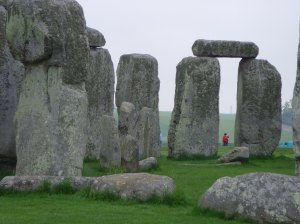 Later when I shared my angst with my dear friend Katie Cavanaugh, I instantly became clear. My creativity now is to connect this powerful Sky Energy and Beings with the Earth Energy. It is not one or the other, but both. The ancients of the Earth and the Ancients of the Sky are not separate. We are all one. 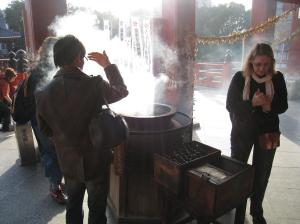 Having had this experience I felt the connection of the Sky and Earth come together and in my own life, they merged into a balance.

This may sound “out there” so to put it in more personal terms, it means to balance my life. I will continue to connect with clients and students all over the world through the Internet, phone, Skype, Google Hangout, and remotely. I will do my energetic clearing, healing and psychic work. I will also do the grounded ceremony practices in my life such as walking the Sacred Spokane River daily, communicating with plants and trees, and bringing nature into my home all year long.

What really happened in this Sacred Ceremony with “Tat” Erik Gonzalez is my perspective shifted a bit and the separation I experienced became a healing of “Oneness.”

Note: Later, I was blessed to be with Doug and Katie, “Tat” Erik Gonzalez and his lovely wife Heddi, and their beautiful daughter Sylvia, while Doug, Katie and Tat played mostly original music by my friend, and award winning Singer/Songwriter, Katie Cavanaugh!

The absolutely awesome incredible power of belief, is the genie in your life.”  — Eldon Taylor

12 Weeks to Self-Healing: Transforming Pain through Energy Medicine  shares about self-healing and healing others.

When teaching Reiki healing for many years, I have told my students that we all have the ability to heal. Many clients experienced their own ability to feel energy and heal themselves as well as others in this process. 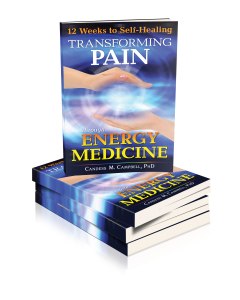 An illustration of this principle involved a client of mine with cancer who was in the hospital preparing for surgery. I asked my students to meet me there and use Reiki to help calm her and assist in the healing process. When the doctors located a blood clot and could not operate, I invited my students, as well as the client’s mother and sister, to assist me in laying hands on the client. After talking with the nurse in charge, I understood the clot needed to dissolve before they could operate. We all imaged this as we did the healing. A period of a half hour or so went by, and when I felt an immediate sense that the healing was complete, I asked the nurse to check again. They did, and the clot was gone. The client was subsequently able to receive the needed surgery, the mother and sister of the patient were able to be helpful, and my students’ confidence in their healing ability increased. It was a glorious day!

We are all connected to the Source, and we all have the ability to channel this love. Here are some exercises to practice so that you can define your beliefs and connect with the God of your heart, as well as get in touch with your own healing abilities.